This year 2017 we have anniversaries in Finland: Independence of Finland 100 years, first Freedom of Religion Law enacted 95 years ago and The Union of Freethinkers 80 years.

Freethinkers of Finland defend and promote human rights, equality as to religion or belief (new Law of Equality) and freedom of expression, religion and belief. Also we work for secular culture and ceremonies and we promote science based, rational and critical worldview and humanistic ethics.

I’ll tell You some information, views and facts about the situation in Finland concerning the freedom of religion and thought – and focusing rights of non-religious people.
Of course the situation is not so bad than in many countries in the world, as we have heard here and can see when we look at the map of the Freedom of Thought Report published by International Humanist and Ethic Union (http://freethoughtreport.com/). The color of Finland in the Map is orange, and it could be red like the color of Denmark as to the Finnish “Blasphemy Law” – in the Finnish Crime Law there is the punishment of blasphemy, the sentence can be fine or six months in prison (Chapter 17, § 10). So we have problems, challenges, discrimination, work to do.

Union of Freethinkers of Finland and Humanist Association of Finland gave together their report FOR UNIVERSAL PERIODIC REVIEW – UPR of UN Human Right Council. The tittle was “Discrimination against non-religious persons in Finland”.
Non-religious persons still face some general as well as specific discrimination on human rights concerning religion or belief in Finland. Laws and public services are not equal, fair and neutral in that sense; both the Evangelical Lutheran and the Orthodox Church have unfair privileges. Freedom of thought, conscience and religion are not realized in kindergartens, schools and the army.
The separation between state and the state-churches is not at all completed. Section 76 of the Constitution formalises the establishment of state church and gives privilege to the Evangelical Lutheran Church with Church Law. The Parliament can legislate Church Law changes only if the Church itself makes an initiative proposal. Instead of the Parliament, the Finnish Patent and Registration Office could look and check quite well the rules of The Evangelical Lutheran Church and the Orthodox Church in similar manner to other religious communities, third sector associations and foundations.
The Evangelical Lutheran and Orthodox Churches have unfair privilege, they receive revenue from member fees by the state tax organization. The church tax is connected to local municipal tax and tax deductions. All others – associations, unions and religious communities – collect their member fees by themselves.
The church tax system is also unfair since a person who has resigned the church membership, is obliged to pay Church tax until end of the year even if he left church on January.
Evangelical Lutheran and Orthodox Churches have unfair privilege regarding compulsory basic education. Those children who are registered with either the Evangelical Lutheran or the Orthodox church are obliged to attend the subject teaching of their own religion. There are in Finnish schools also religiously neutral ethics or life stance education (elämänkatsomustieto) as a subject, but it is restricted from children who are members of these churches. All parents cannot choose this subject for their children. Instead parents of children who are not church members, can choose between the Evangelical Lutheran religion and the ethics as a subject. The system is not symmetric.
There are same problem is in General upper secondary education schools; (the Evangelical Lutheran and the Orthodox Churches have an unfair privilege to have their own religion subject teaching, which is obligatory for young students who are members of the Evangelical Lutheran or the Orthodox Church). These students can freely decide all other choices in their studies, but they are not allowed to choose religiously neutral ethics or life stance education (elämänkatsomustieto) as a subject instead of the Evangelical Lutheran or the Orthodox religion. Instead of that, students who are not church members, can choose between Evangelical Lutheran religion subject and ethics subject (obligatory two courses). The system is not symmetric.
Students under 18 years cannot decide to leave church membership independently but only if both parents give permission. We see that this is against the Convention on The Rights of the Childs (Articla 12 and 14). Students are capable of forming their own views in accordance with the age and maturity, because they are allowed to independently do all other decisions in their curriculum.
We see also, that the official registration of religious status of children in the Population Registration Centre is against children’s rights and Convention on The Rights of the Childs (Art 14 and others). Of course the churches can have their own child member registers, but the official juridical status with tax duty and restriction in school and study choices are not right for children. The age of juridical status should be connected to the right of leaving (the Evangelical Lutheran and the Orthodox) Church’s membership.

The school legislation and curriculums (national basic instruction for local curriculums) have developed in Finland so that the church service and the religious morning assembly do not belong the tasks of schools. Education in schools should not be religiously covenant.
Although many schools still take some confessional church services and religious morning assemblies to their official program during the school year. The National Body of Education gives permission and instructions to arrange these religious ceremonies and even grace before lunch.
We think, that religious ceremonies should not be part of the annual program of schools. If there still are those ceremonies during school year day program, it is better to provide alternative program during that time. We try to help for it. But, the right solution is not a nice alternative program during a religious ceremony, but to stop the old tradition to arrange religious services during school day.
The European Court of Human Rights has decided that there is a right for personal privacy concerning expression of religion or belief of family. Everyone and every family parents should be right not to express, does he/she faith or belief or not in public occasions ja official services (like school). This is not yet in practice and true in Finland – because of tradition and “unofficial curriculum”, schools arrange religious ceremonies. The school authorities should give renewed instructions.
In the Finnish Defense Forces there is a public parade ceremony before march-past, and part of it is a religious ceremony. Those who do not want take part on this religious ceremony get directions to leave parade form just before this religious part of ceremony. This must be done under the tv-cameras and a large audience. This is in practice religious pressure to participate in this confessional religious ceremony, and the right of personal privacy concerning expression of religion or belief does not actualize. Until year 2015 it was obligatory for Church Members to take part on Church Services.
The Evangelical-Lutheran State Church has a monopoly on services for undertaking funerals, maintained by state budget support. There are discrimination in right to use chapels of craveyards and crematories.
Unfortunately, and shame for us, here still exists in the Finnish Crime Law the punishment of blasphemy. The sentence can be fine or six months in prison (Chapter 17, § 10). It’s a shame also internationally, because it also gives plea to defend much harder punishments for blasphemy to rulers of several countries.
We think, that the basic principle for promoting the Freedom of thought, conscience and religion should be a secular state – also in Finnish foreign policy. The ministries and authorities in Finland should take more advice from non-governmental organizations on non-religious people. Sometimes we are asked to give statements, but more often we are not.
The Freedom of Thought Report, which is published by the International Humanist and Ethic Union, has given grade “Systemic Discrimination” in its evaluation on Finland.

Although: Steps of Progress in our laws.

Now we have equal and gender neutral law of marriage; after citizen initiative the Parliament of Finland approved it although the state churches and other churches opposed it.
(Evangelical Lutheran Church is divided and quarreling in the question about marriage between male couples and female couples.)
This year 2017 mothers have no longer privilege right to joint children to church member; now both parents decide together, and the basic situation for children is no relion.
The religious oath for witness and for justicer were rescinded in courts of Finland last and this year, and now there are only a non-religious, neutral oath or vow or affirmation for witnesses and judge. There is a religious oath still for state officials and ministers and in army. We try to change it, because having to choose publicly between religious and non-religious oath is not ok, if we think about right of personal privacy concerning religion or belief. Tasks are secular.
At the beginning of this Year religious education is no longer mentioned in the Law of early childhood education. Same challenges we have in schools. Now we try to get this to the practice in everywhere in Finland.
Separate changes are in general difficult to achieve, but connected to larger changes it could be realistic, I hope. That has been our tactic in some small reforms dealing with the equality and rights of non-religious people or stop certain privileges of Church.

According to the most recent Finnish government statistics, the largest belief group in Finland belongs to the Evangelical-Lutheran State Church which boasts 71,9 % of the population as members. 1.1% of the population identify with the second state religion, the Christian Orthodox Church. By far the second largest bloc are those who don’t identify with any religion, more than 25 %.
Our internet service Leave Church (www.eroakirkosta.fi) was used by 49 000 persons in the year 2016, and during the last ten years 584 400 persons have used it when leaving church membership. Membership rate of Church in Finland 31.12.2016 was 71,9 %.
In reality most Finnish people are quite secular and few people attend church services. Rate of christening ceremony for babies was 68.9 %. More than 52 % of new weddings were held without religious ceremony. Most pairs live together before marriage – or without marriage plans. Most people have not real religious faith; so tell many survey researches.
Young participants from Prometheus-camp youth organization (Protu; www.protu.fi) took part on Nordic youth seminar last summer. Protu arranges protu-camps for about 1000 young people this year in Finland.
The number of non-religious ceremonies arranged by Pro-Ceremonies (www.pro-seremoniat.fi) increased in the year 2016. Additionally, some of our local organizations also help families to get program to their non-religious ceremonies. Families arrange non-religious ceremonies of fests mostly on their own way.
Ten local organizations of Freethinkers maintain their own graveyard.
Freethinkers of Finland have 23 local/areal organizations and about 1600 members.
Our Magazine, Vapaa Ajattelija (Free Thinker) promotes rationalism, humanism, secularism, atheism, free and critical thinking and science based worldview. Our website helps us all in the same work. We have activities, discussions, media service.
Co-operation between Humanist Union and Union of Freethinkers in Finland has been developed, and we gave together some initiatives to parliament and government. 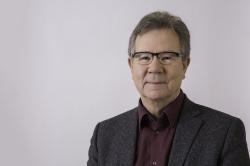